Extensive damage has been done to the stately white and red brick buildings in the Parliament precinct. The fire had already burned down the chamber in the National Assembly building where South African legislators meet to pass laws. 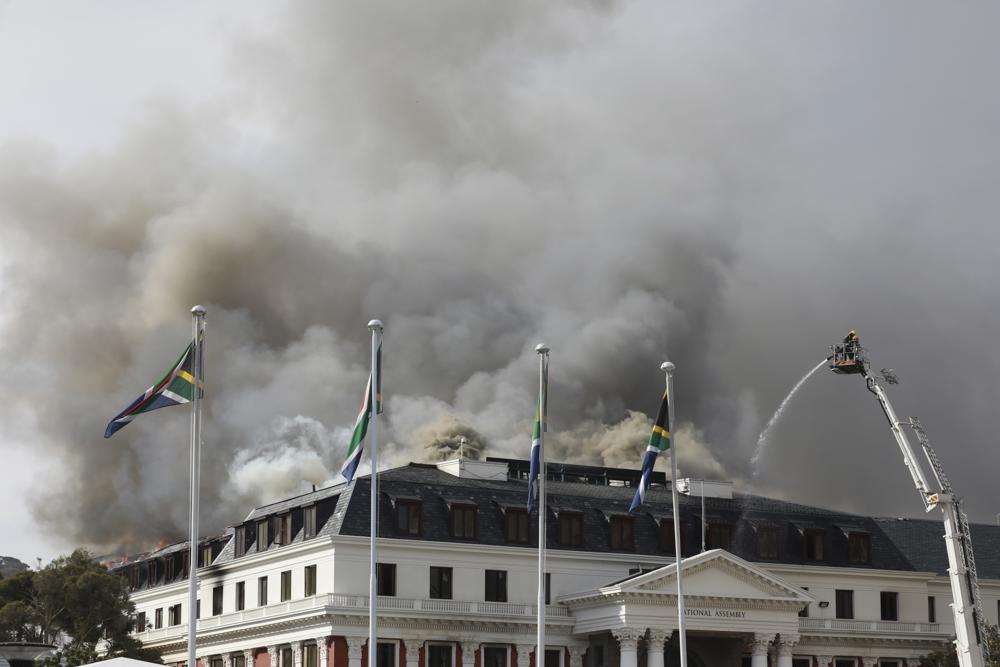 The fire that has already destroyed South Africa’s main Parliament chamber flared up again Monday about 36 hours after it started in the 130-year-old complex of historic buildings, authorities said.

Firefighters have been sent back to the Parliament precinct in the center of Cape Town after flames re-appeared on the roof of the main Parliament building in the late afternoon. More than 30 firefighters were battling the fire again, Cape Town Fire and Rescue Service spokesman Jermaine Carelse told the News 24 website.

Before the blaze reignited, authorities had said it had been contained and had begun to assess the damage. The fire had started around 6 a.m. on Sunday morning.

Still a mystery is the role of a man who has been arrested and is being questioned by police in connection with the fire. The man is due to appear in court on Tuesday and authorities weren’t commenting further on his involvement or any possible motives, other than to say he would likely be charged with breaking and entering, theft and arson.

The man is also facing charges under South Africa’s National Key Points Act, a security law that restricts access to government buildings and other places of national importance.