“The documents themselves show that Colonel Reeves knew early on that there was an issue and considered possible measures to address it but ultimately didn’t,” Republican state Rep. Tanner Magee said. “This committee has sought to figure out why.”

May 6, 2022
Share on TwitterTweet
Share on LinkedIn Share
Within days of the deadly 2019 arrest of Ronald Greene, when body-camera video captured white troopers stunning, beating and dragging the Black motorist, the head of the Louisiana State Police wrote a stark note about the case in his journal: “Realize there is a problem — must address immediately.”

But well over a year went by — 462 days to be exact — before Col. Kevin Reeves opened an internal investigation into the actions of the troopers involved, including one who was recorded boasting he “beat the ever-living f—- out of” Greene. 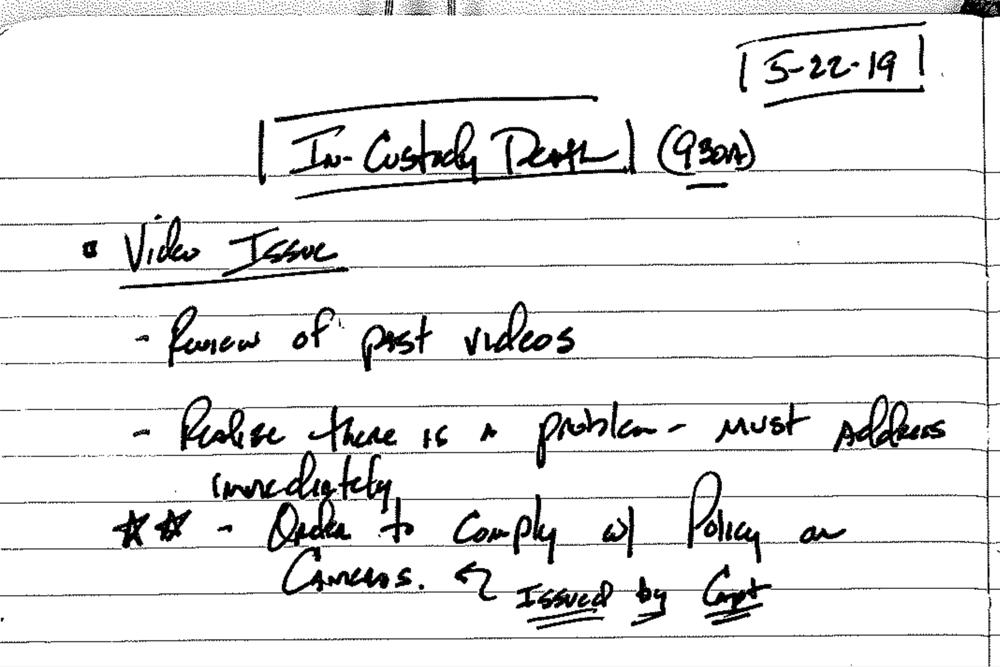 This image is part of the journal of former Louisiana State Police Superintendent Kevin Reeves.

Eleven pages from Reeves’ three journals were released Thursday in response to a subpoena from a legislative committee looking into a possible cover-up of the case. And the panel’s chairman says the troubling questions raised by those few pages were enough to demand that Reeves comply by turning over all his journals, with a threat of contempt charges if he doesn’t.