Flight controllers in Maryland had to reset Webb’s solar panel to draw more power. The observatory — considered the successor to the aging Hubble Space Telescope — was never in any danger, with a constant power flow, said Amy Lo, a lead engineer for the telescope’s prime contractor, Northrop Grumman. 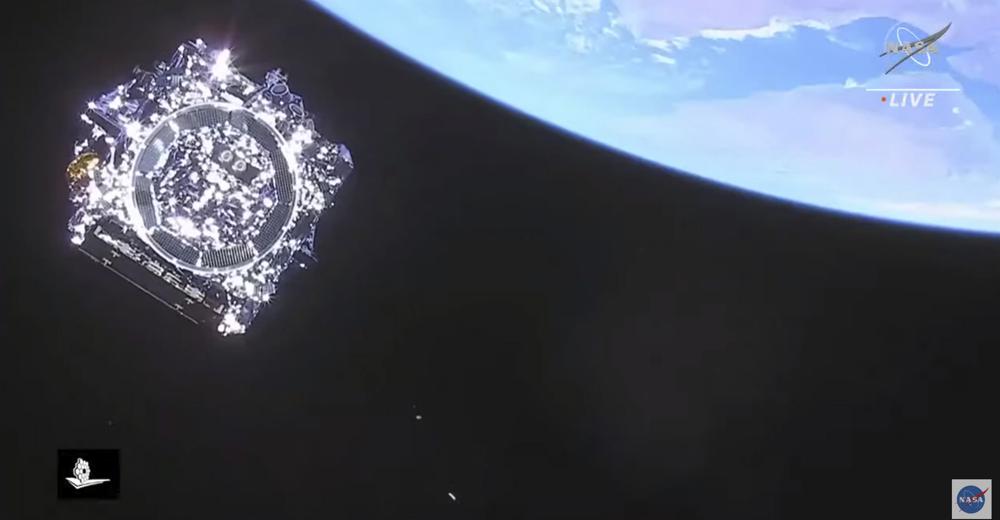 @ NASA
NASA’s new space telescope is on the verge of completing the riskiest part of its mission — unfolding and tightening a huge sunshade — after ground controllers fixed a pair of problems, officials said Monday, according to the AP.

The tennis court-size sunshield on the James Webb Space Telescope is now fully open and in the process of being stretched tight. The operation should be complete by Wednesday.

The $10 billion telescope — the largest and most powerful astronomical observatory ever launched — rocketed away Christmas Day from French Guiana. Its sunshield and primary mirror had to be folded to fit into the European Ariane rocket.

The sunshield is vital for keeping Webb’s infrared-sensing instruments at subzero temperatures, as they scan the universe for the first stars and galaxies, and examine the atmospheres of alien worlds for possible signs of life.

Getting the sunshield extended last Friday “was really a huge achievement for us,” said project manager Bill Ochs. All 107 release pins opened properly.