Italian GP: Verstappen and Hamilton clash in Monza, both out of the race

The rear wheel of Verstappen's car landed on the head of the world champion.

Lewis Hamilton and Max Verstappen leave the stage in the Italian GP immediately after the British driver’s stop due to a collision in the first chicane after the straight.

Shortly after halfway through the race, at the entrance to the first variant, the Dutchman’s Red Bull finished over the British’s Mercedes. The rear wheel of Verstappen’s car landed on the head of the world champion. Only the halo prevented the worst. Both drivers thus closed the race prematurely. “It was an opportunistic gesture, he knew at that point that we would collide. He kept pushing, he hit my head. I feel pain in my neck.” “Too bad because I was having a good race, I was fighting for the win, ”Hamilton told Sky Sport, commenting on the incident with Max Verstappen. “I had left space outside for him, evidently he lost control and passed over me. It has been a difficult three weeks for us, it is disappointing not to complete the race today, ”added the Mercedes driver.

Verstappen also spoke on the matter. “We always try to fight, but we need the collaboration of both to make a corner. And today there wasn’t. We knew we would be close in turn 1, he pushed me to the left already under braking. I swerved, but he kept pushing me all the way out. At one point there was no room to make the curve, it’s a real shame that it happened. I think I did everything correctly ”, explained the Red Bull driver. “Am I angry? No, that’s okay. We are the races, these things can happen ”.

Drive for Britain! UK scrambles for truckers amid supply woe 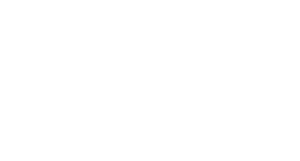