At least one-third of the stock of prized double-valve clams raised in the Po Delta have died off. Plants along the banks of the Po River are wilting as they drink in water from increasingly salty aquifers and secondary waterways have dried up, shrinking amphibians and birds’ wetland homes.

Drought and unusually hot weather have raised the salinity in Italy’s largest delta, where the mighty Po River feeds into the Adriatic Sea south of Venice, and it’s killing rice fields along with the shellfish that are a key ingredient in one of Italy’s culinary specialties: spaghetti with clams, AP reports.

At least one-third of the stock of prized double-valve clams raised in the Po Delta have died off. Plants along the banks of the Po River are wilting as they drink in water from increasingly salty aquifers and secondary waterways have dried up, shrinking amphibians and birds’ wetland homes.

“It is evident that there is an entire system with an ecology that will have permanent problems,” said Giancarlo Mantovani, director of Po River Basin Authority. The ecosystem includes the Po Delta Park, which along with neighboring lands in Veneto form a reserve recognized by UNESCO for its biodiversity. 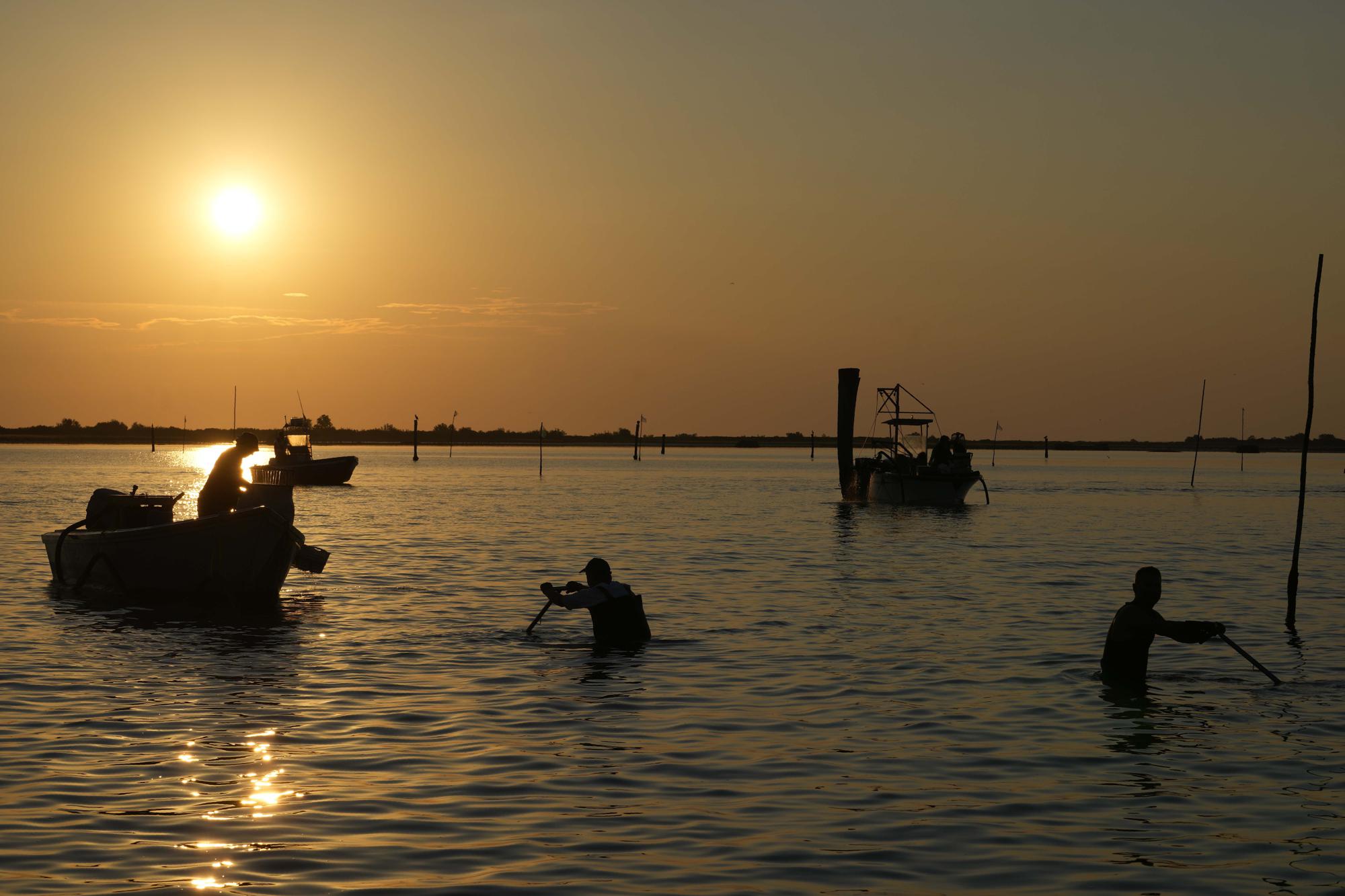 The amount of water entering the delta from the Po River is at an all-time low, hitting just 95 cubic meters (3,350 cubic feet) a second last month, due to drought conditions caused by a lack of wintertime snowpack and spring and summer rains. That is one-tenth of annual averages. It has been nearly two months since farmers have been able to tap the river water for agriculture.

The impact may be even more lasting, as saltwater is leaching inland distances never before recorded, and seeping into aquifers, underground layers of rock that can hold water. 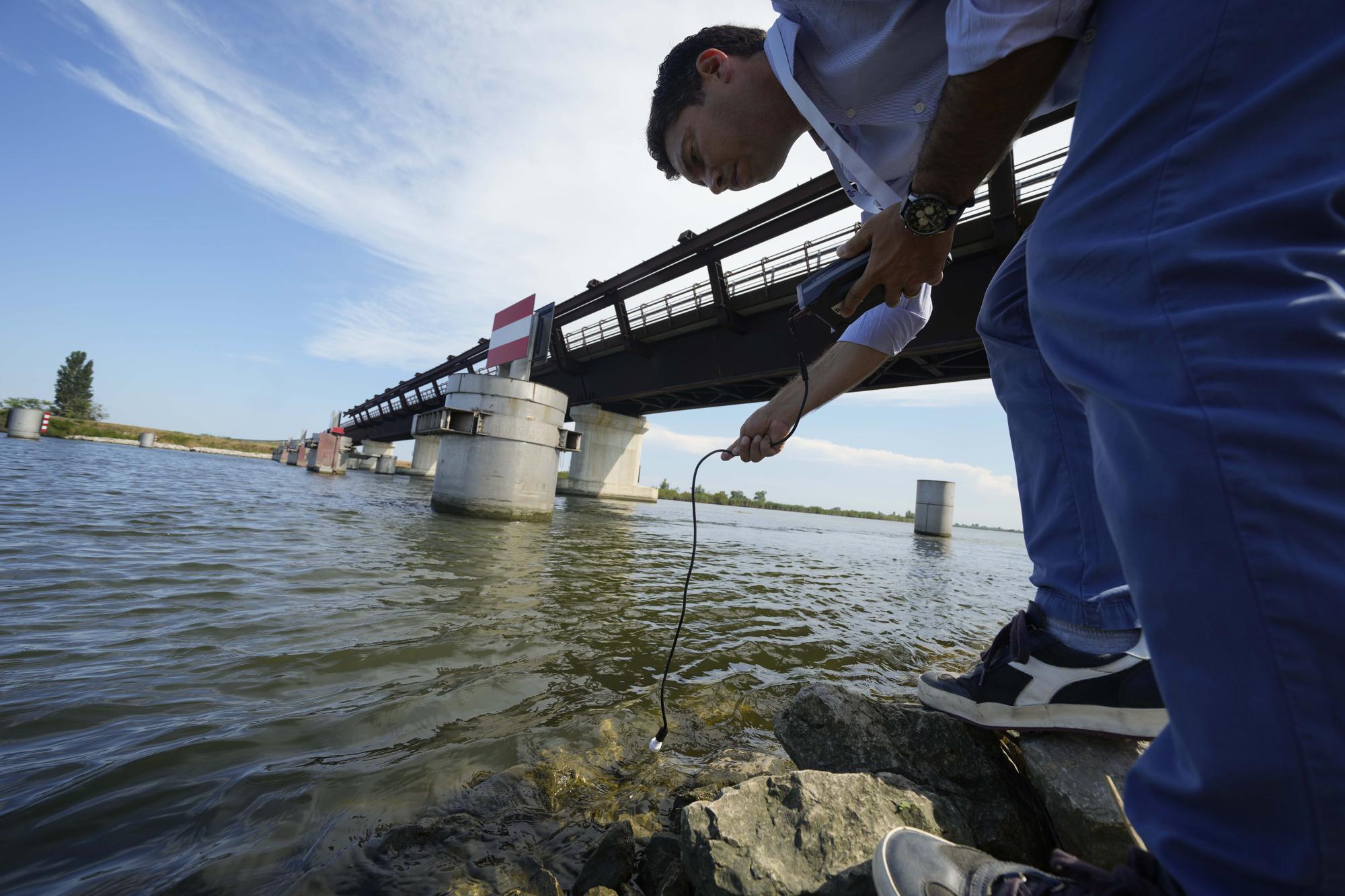 Rodolfo Laurenti, Deputy Director of the Remediation Consortium of the Po River, checks the salinity of the river, at a desalination barrier in Porto Tolle, Italy, on the Delta river, Friday, July 29, 2022. (AP Photo/Luca Bruno)

And while deltas are by definition an area of exchange between fresh and salt water, the movement is becoming more and more one-directional: Inland penetration of saltwater has increased from two kilometers (just over a mile) in the 1960s and 10 kilometers (six miles) in the 1980s to an astounding 38 kilometers (nearly 24 miles) this year.

“The territory around the Po is three meters below sea level, therefore there is a continual flow of saline water that is going into the aquifers,” Mantovani said. “We are therefore not only creating an agricultural problem, a human problem, but also an environmental problem. … This is a perfect storm.” 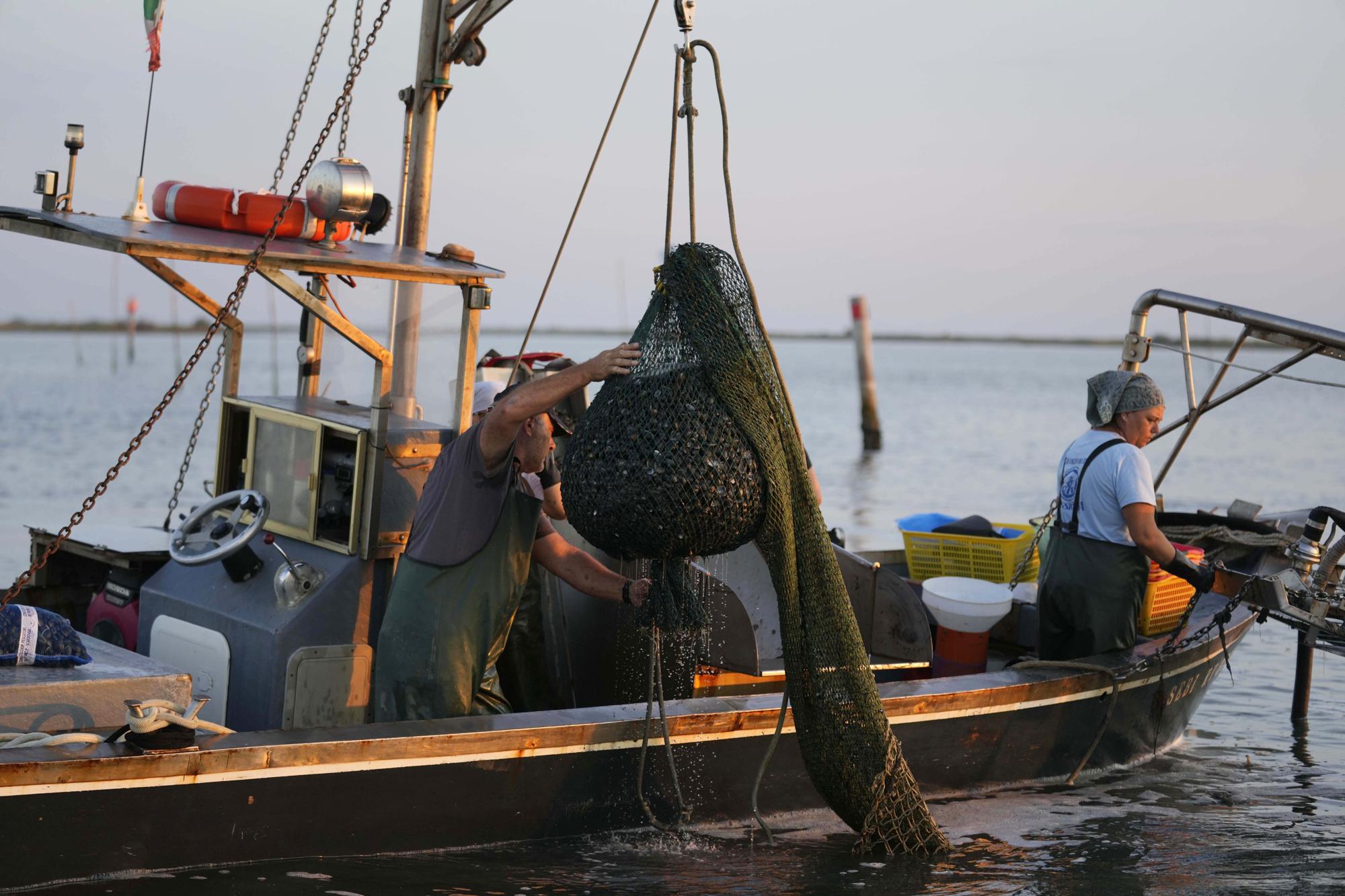 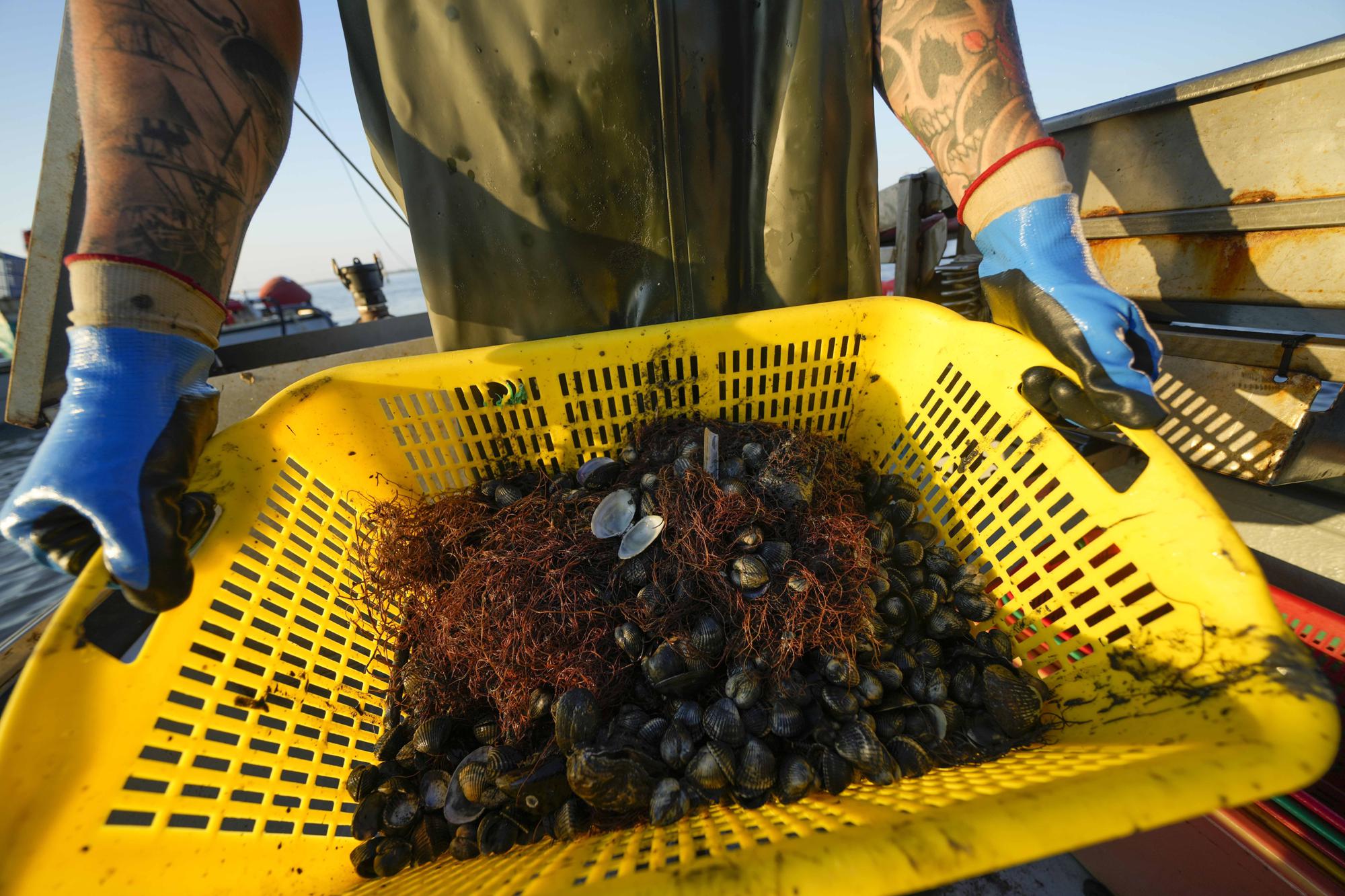 Fisherman Francesco Zago show dead clams and algae collected on a box as he works on a boat in Pila, Italy, on the Adriatic Sea which the Po River feeds into, Friday, July 29, 2022. (AP Photo/Luca Bruno) 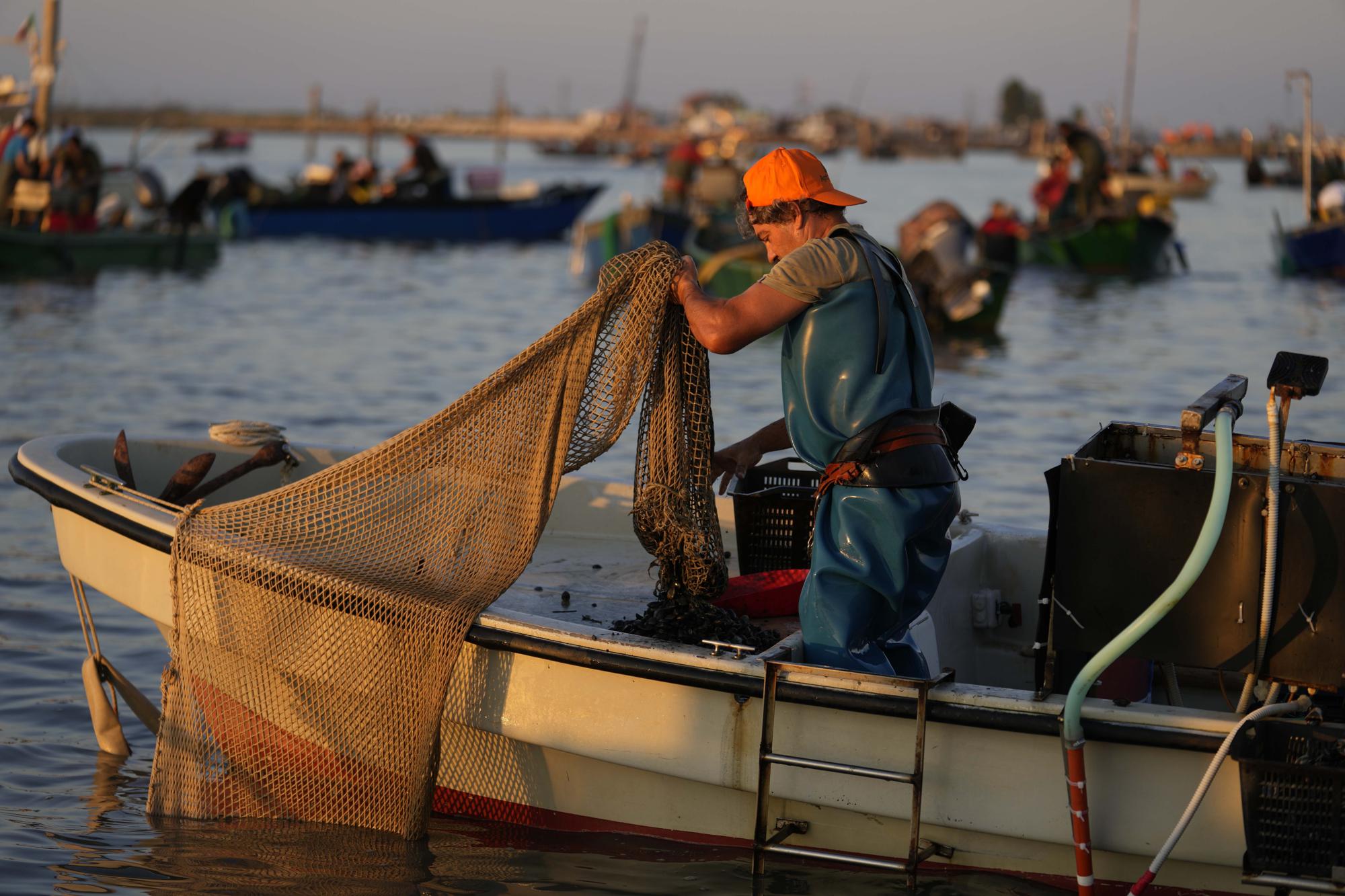 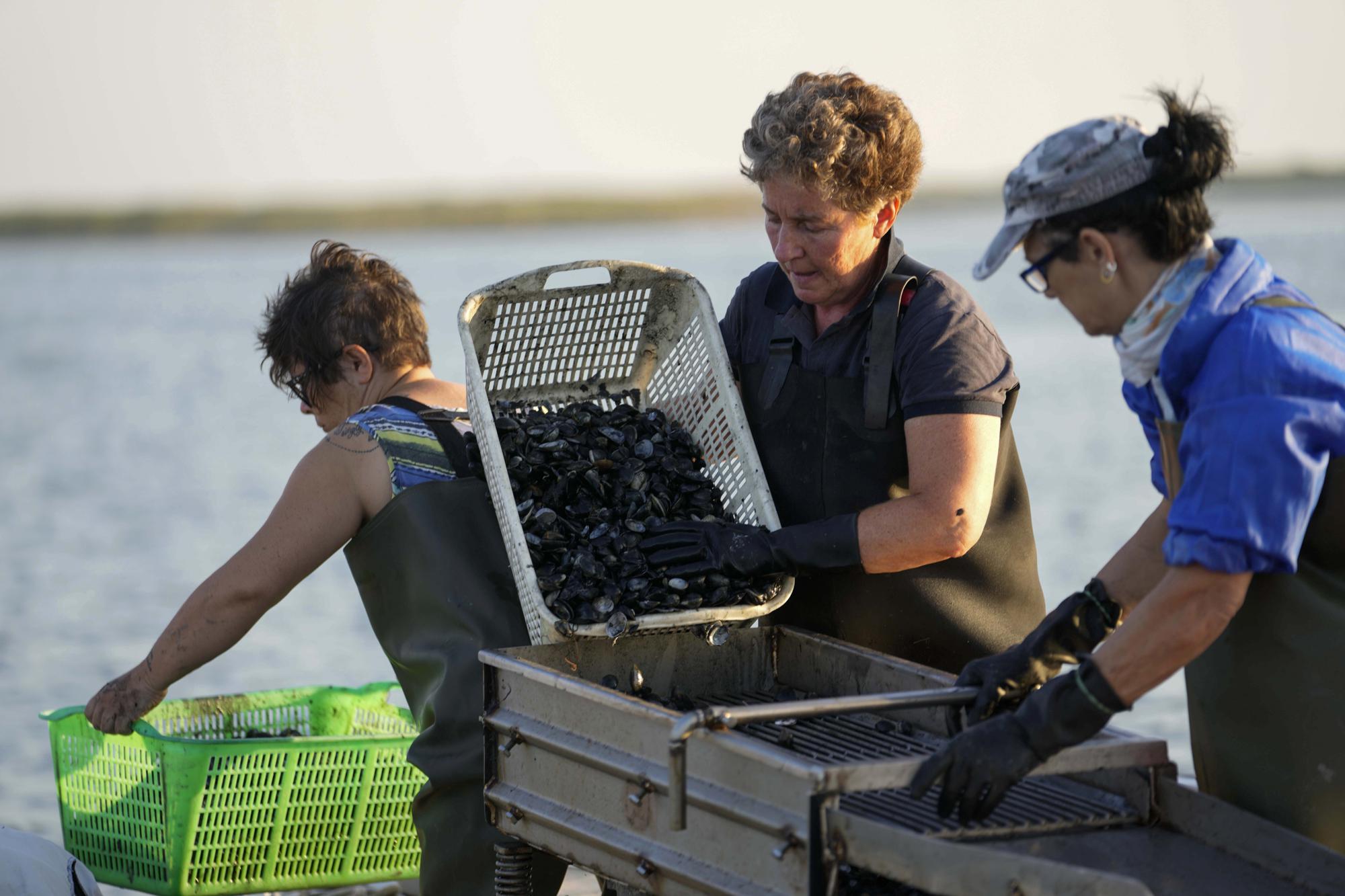 Fishers work cleaning clams on a boat in Pila, Italy, on the Adriatic Sea which the Po River feeds into, early Friday, July 29, 2022. (AP Photo/Luca Bruno)

For growers of clams, excessive salinity, high temperatures and the resulting spread of algae are suffocating the mollusk that is the centerpiece of one of summertime Italy’s favorite dishes: Spaghetti alle vongole. And none are more prized than the vongole veraci with a striped and grooved shell that are raised in the Adriatic Sea.

“You can see the clams are suffering,” said Katisucia Bellan, who has been clamming for 27 years. “In the afternoon, with this heat, the lagoon dries up. You can pass with the tractor here.”

According to the Coldiretti agricultural lobby, this year’s die-off could accelerate if the proper exchange of salt and fresh water is not restored. It blames the failure to remove sediment from the delta, which allows oxygen and fresh water into the lagoon, for aggravating the situation.

Meanwhile, clam farmers worried that more stock could die have rushed to market while they still have mollusks to sell. This abundance has forced down prices, creating more economic hardship. “There is a double negative effect: die-off and lower prices,” said Coldiretti’s Alessandro Faccioli said. 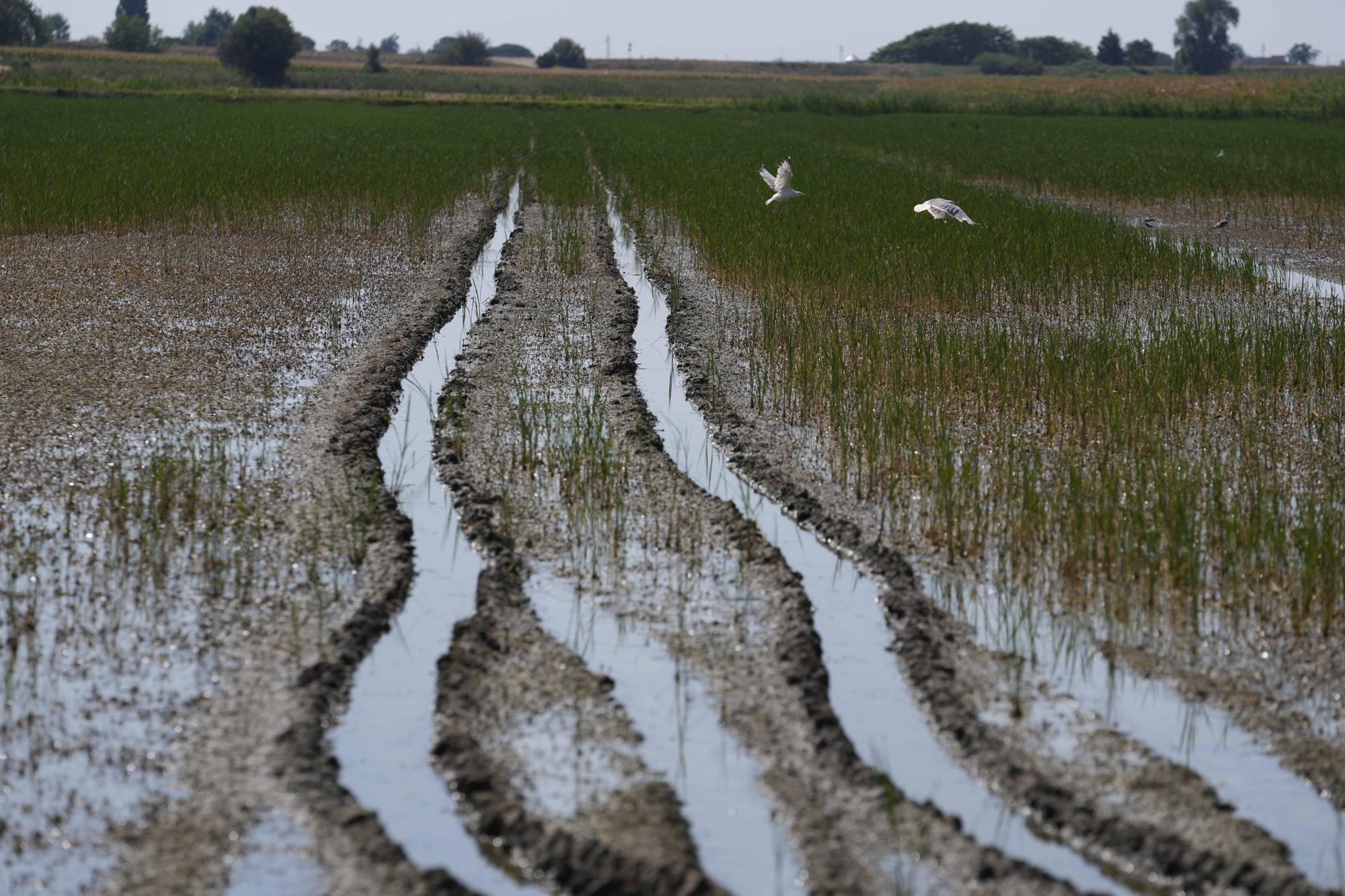 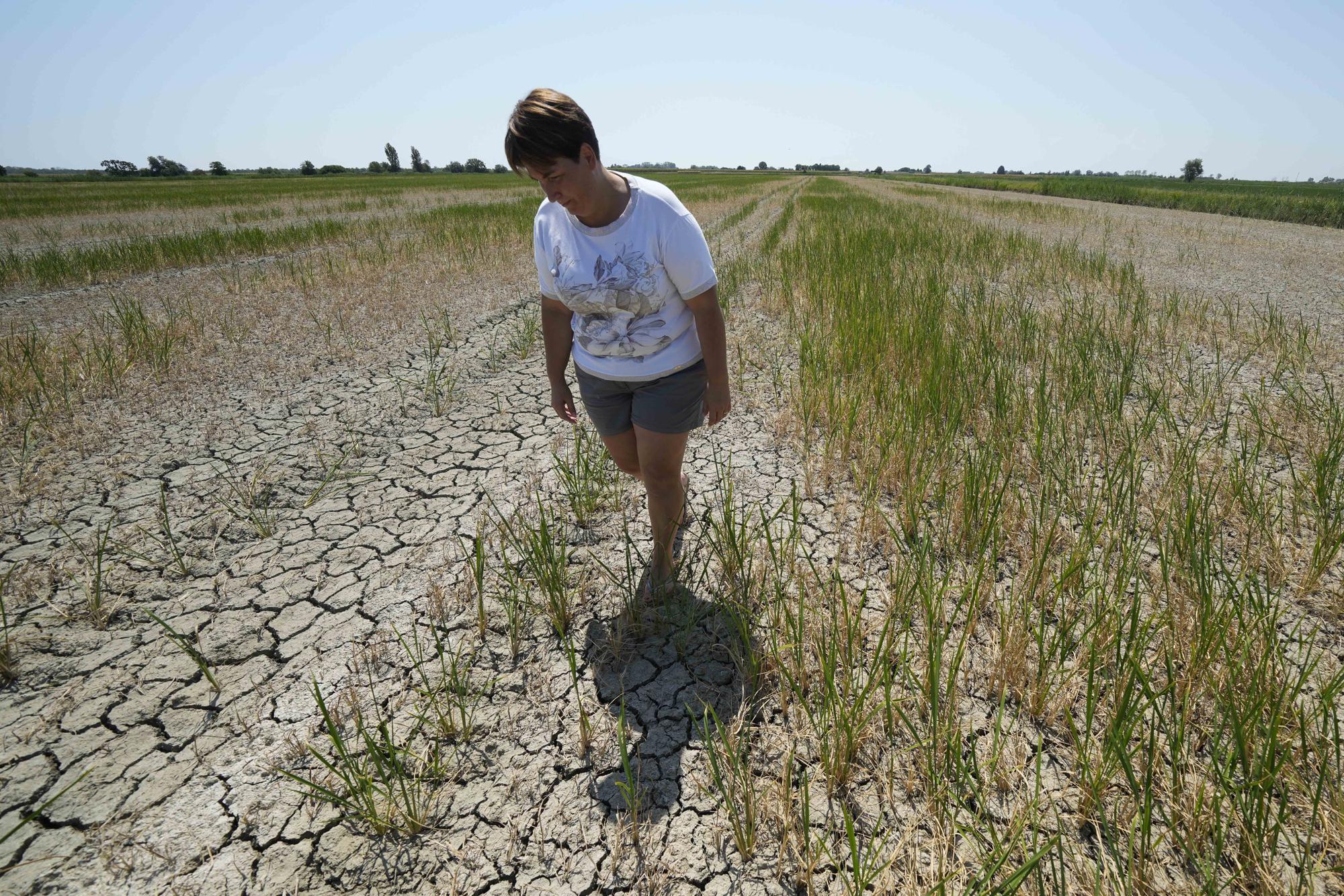 Nearby rice growers also are watching the rise of salinity with increasing anxiety. The paddies of the Po Delta are a small part of Italy’s national rice production, which is centered in drought-stricken Piedmont and Lombardy closer to the source of the Po River. While the bigger producers are suffering from a lack of water in their fields, those in the delta are suffering the increased salt content, which is killing off plants.

Grower Elisa Moretto, who runs a small family business, hopes they can salvage one-third of their crop this year, but that remains to be seen. If she can eke a profit is up to other forces, including increased fuel and fertilizer costs.

But the real worry is for the future, if salinity rises and causes permanent damage to the aquifers.

“If that happens, everything dies,” Moretto said. 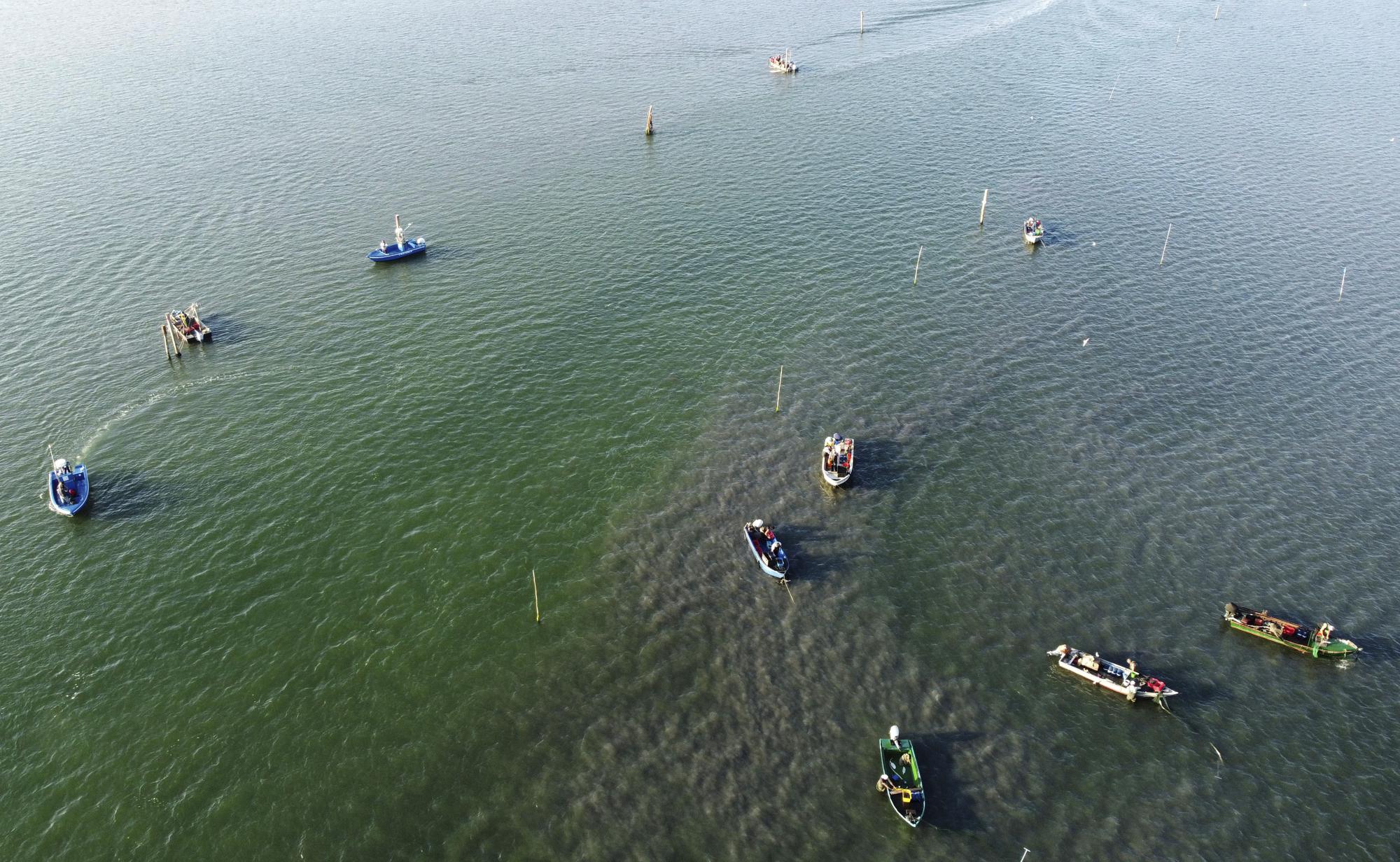 Fishing boats work off Pila, Italy, on the Adriatic Sea which the Po River feeds into, on Friday, July 29, 2022. (AP Photo/Luca Bruno) US agencies sued over fate of rare Rio Grande minnow