Middle East nations wake up to damage from climate change

This year’s annual U.N. climate change conference, known as COP27, is being held in Egypt in November, throwing a spotlight on the region. Governments across the Middle East have awakened to the dangers of climate change, particularly to the damage it is already inflicting on their economies.

Temperatures in the Middle East have risen far faster than the world’s average in the past three decades. Precipitation has been decreasing, and experts predict droughts will come with greater frequency and severity, AP reports.

The Middle East is one of the most vulnerable regions in the world to the impact of climate change — and already the effects are being seen.

In Iraq, intensified sandstorms have repeatedly smothered cities this year, shutting down commerce and sending thousands to hospitals. Rising soil salinity in Egypt’s Nile Delta is eating away at crucial farmland. In Afghanistan, drought has helped fuel the migration of young people from their villages, searching for jobs. In recent weeks, temperatures in some parts of the region have topped 50 degrees Celsius (122 Fahrenheit).

This year’s annual U.N. climate change conference, known as COP27, is being held in Egypt in November, throwing a spotlight on the region. Governments across the Middle East have awakened to the dangers of climate change, particularly to the damage it is already inflicting on their economies.

“We’re literally seeing the effects right in front of us. … These impacts are not something that will hit us nine or 10 years down the line,” said Lama El Hatow, an environmental climate change consultant who has worked with the World Bank and specializes on the Middle East and North Africa.

“More and more states are starting to understand that it’s necessary” to act, she said.

Egypt, Morocco and other countries in the region have been stepping up initiatives for clean energy. But a top priority for them at COP-27 is to push for more international funding to help them deal with the dangers they are already facing from climate change.

One reason for the Middle East’s vulnerability is that there is simply no margin to cushion the blow on millions of people as the rise in temperatures accelerates: The region already has high temperatures and limited water resources even in normal circumstances.

Middle East governments also have a limited ability to adapt, the International Monetary Fund noted in a report earlier this year. Economies and infrastructure are weak, and regulations are often unenforced. Poverty is widespread, making job creation a priority over climate protection. Autocratic governments like Egypt’s severely restrict civil society, hampering an important tool in engaging the public on environmental and climate issues.

At the same time, developing nations are pressuring countries in the Mideast and elsewhere to make emissions cuts, even as they themselves backslide on promises.

The threats are dire.

As the region grows hotter and drier, the United Nations has warned that the Mideast’s crop production could drop 30% by 2025. The region is expected to lose 6%-14% of its GDP by 2050 because of water scarcity, according to the World Bank.

In Egypt, precipitation has fallen 22% in the past 30 years, according to the World Bank. 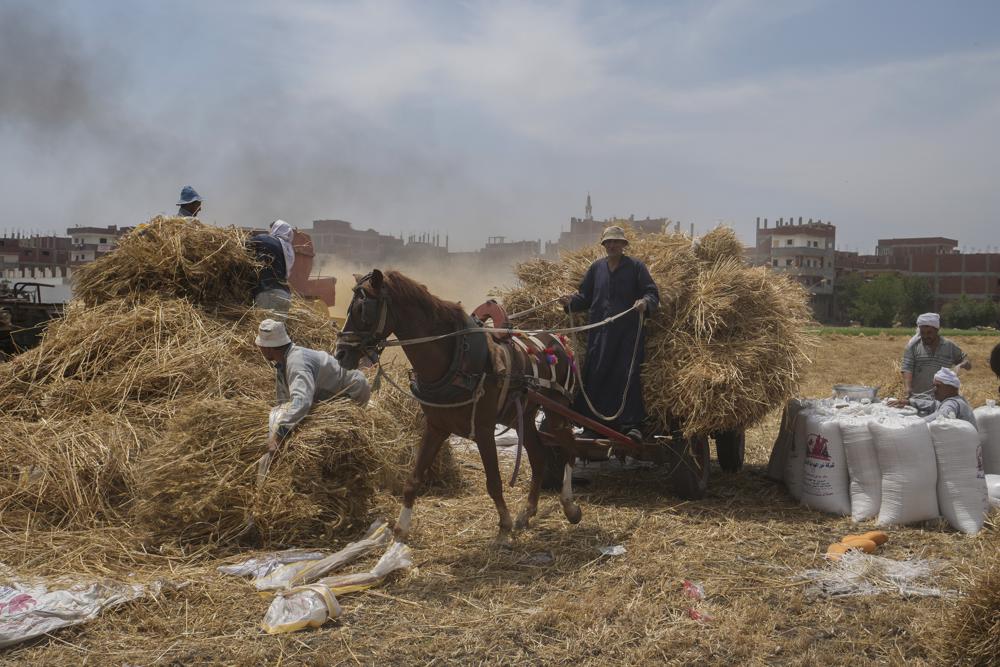 A horse cart driver transports wheat to a mill on a farm in the Nile Delta province of al-Sharqia, Egypt, on May 11, 2022. (AP Photo/Amr Nabil)

Droughts are expected to become more frequent and severe. The Eastern Mediterranean recently saw its worst drought in 900 years, according to NASA, a heavy blow to countries like Syria and Lebanon where agriculture relies on rainfall. Demand for water in Jordan and the Persian Gulf countries is putting unsustainable pressure on underground water aquifers. In Iraq, the increased aridity has caused an increase in sandstorms.

Many of those who lose the livelihoods they once made in agriculture or tourism will move to the cities in search of jobs, said Karim Elgendy, an associate fellow at Chatham House. That will likely increase urban unemployment, strain social services and could raise social tensions and affect security, said Elgendy, who is also a non-resident scholar with the Middle East Institute. 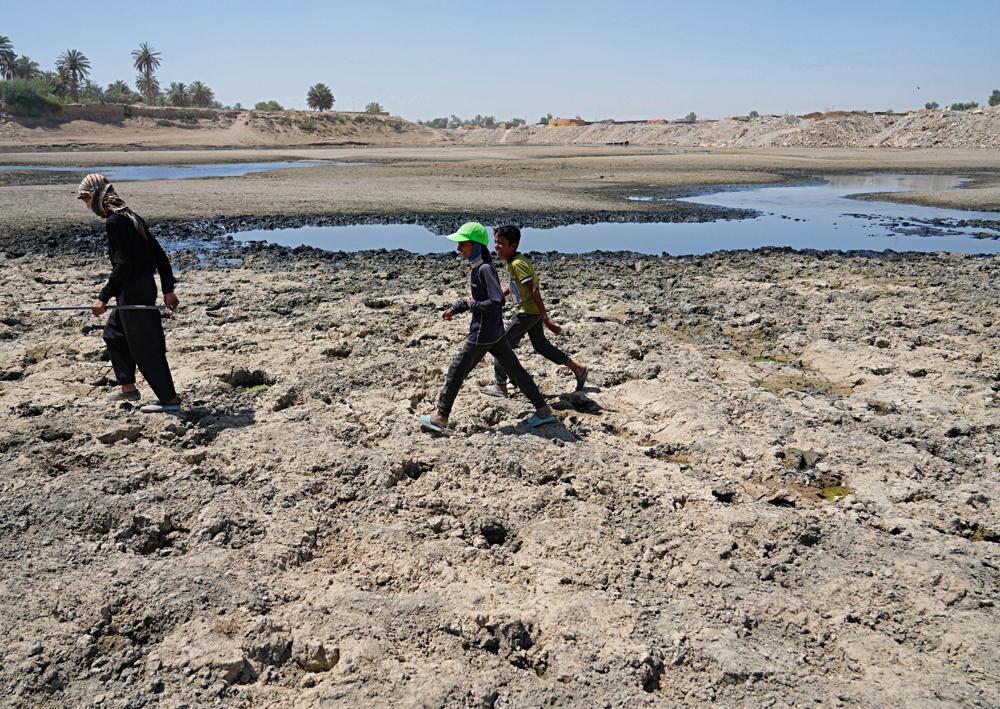 People cross the Diyala River, a tributary of the Tigris, where decreasing water levels this year have raised alarm among residents, near Baghdad, Iraq, June 29, 2022. (AP Photo/Hadi Mizban)

Adapting infrastructure and economies to weather the damage will be enormously expensive: the equivalent of 3.3% of the region’s GDP every year for the next 10 years, the IMF estimates. The spending needs to go toward everything from creating more efficient water use systems and new agricultural methods to building coastal protections, beefing up social safety nets and improving awareness campaigns.

So one of top priorities for Mideast and other developing nations at this year’s COP is to press the United States, Europe and other wealthier nations to follow through on long-time promises to provide them with billions in climate financing.

So far, developed nations have fallen short on those promises. Also, most of the money they have provided has gone to helping poorer countries pay for reducing greenhouse gas emissions — for “mitigation,” in U.N. terminology, as opposed to “adaptation.”

For this year’s COP, the top theme repeated by U.N. officials, the Egyptian hosts and climate activists is the implementation of commitments. The gathering aims to push countries to spell out how they will reach promised emission reduction targets — and to come up with even deeper cuts, since experts say the targets as they are now will still lead to disastrous levels of warming. 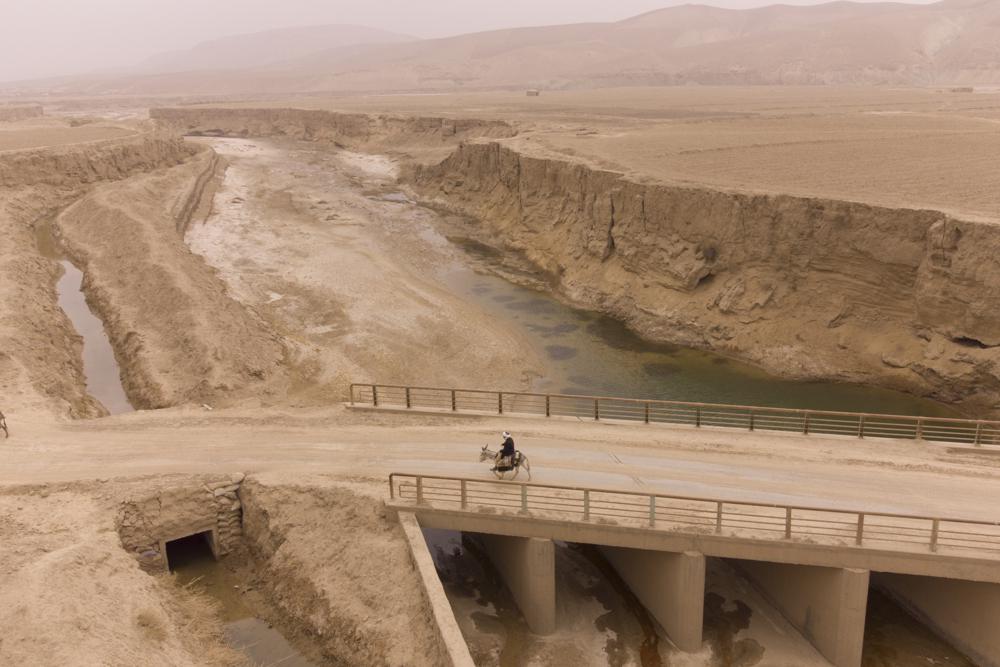 Developing nations will also want richer countries to show how they will carry out a promise from the last COP to provide $500 billion in climate financing over the next five years — and to ensure at least half that funding is for adaptation, not mitigation.

World events, however, threaten to undercut the momentum from COP26. On emissions cuts, the spike in world energy prices and the war in Ukraine have prompted some European countries to turn back to coal for power generation — though they insist it’s only a temporary step. The Middle East also has several countries whose economies rely on their fossil fuel resources — Saudi Arabia and the Persian Gulf most obviously, but also Egypt, with its increasing natural gas production.

With international officials often emphasizing emission reduction, El Hatow said it should be remembered the countries of Africa, the Middle East and elsewhere in the developing world have not contributed substantially to climate change, yet are bearing the brunt of it.

“We need to talk about financing for adaptation,” she said, “to adapt to a problem they did not cause.”