“With any snow on the ground, this absolutely would not have happened in the way that it did,” said Keith Musselman, a snow hydrologist in Boulder. “It was really the grass and the dry landscape that allowed this fire to jump long distances in a short period of time.” 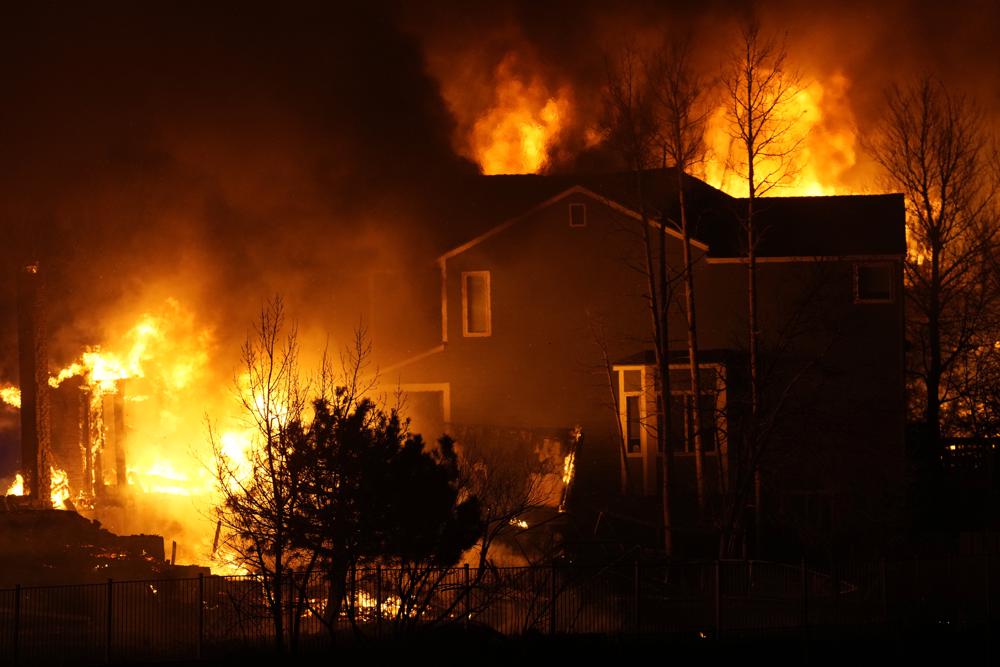 @AP
The winter grassland fire that blew up along Colorado’s Front Range was rare, experts say, but similar events will be more common in the coming years as climate change warms the planet — sucking the moisture out of plants — suburbs grow in fire-prone areas and people continue to spark destructive blazes, reports the AP>

“These fires are different from most of the fires we’ve been seeing across the West, in the sense that they’re grass fires and they’re occurring in the winter,” said Jonathan Overpeck, a professor in the School for Environment and Sustainability at the University of Michigan. “Ultimately, things are going to continue to get worse unless we stop climate change.”

Flames swept over drought-stricken grassy fields and neighborhoods northwest of Denver on Thursday with alarming speed, propelled by gusts up to 105 mph (169 kph). Tens of thousands were ordered to flee with little notice.

“I came out of Whole Foods, which is about a half mile from ground zero, and felt like I had to jump in my car and make a dash for my life as the smoke and wind and nearby flames were engulfing the area,” Susie Pringle of Lafayette said in an email. “It was scary!”

The blaze burned at least 9.4 square miles (24 square kilometers). The cause is still under investigation, but experts say its clear what allowed it to spread so fast.