The Mouth of the Bear: How Russia takes Ukrainians to Russia

The abuses start not with a gun to the head, but with a poisoned choice: Die in Ukraine or live in Russia. Those who leave go through a series of what are known as filtration points, where treatment ranges from interrogation and strip searches to being yanked aside and never seen again.

For weeks Natalya Zadoyanova had lost contact with her younger brother Dmitriy, who was trapped in the besieged Ukrainian port city of Mariupol.

Russian forces had bombed the orphanage where he worked, and he was huddling with dozens of others in the freezing basement of a building without doors and windows. When she next heard from him, he was in tears, AP reports.

Dmitriy Zadoyanov was facing the next chapter of devastation for the people of Mariupol and other occupied cities: Forcible transfers to Russia, the very nation that killed their neighbors and shelled their hometowns almost into oblivion. 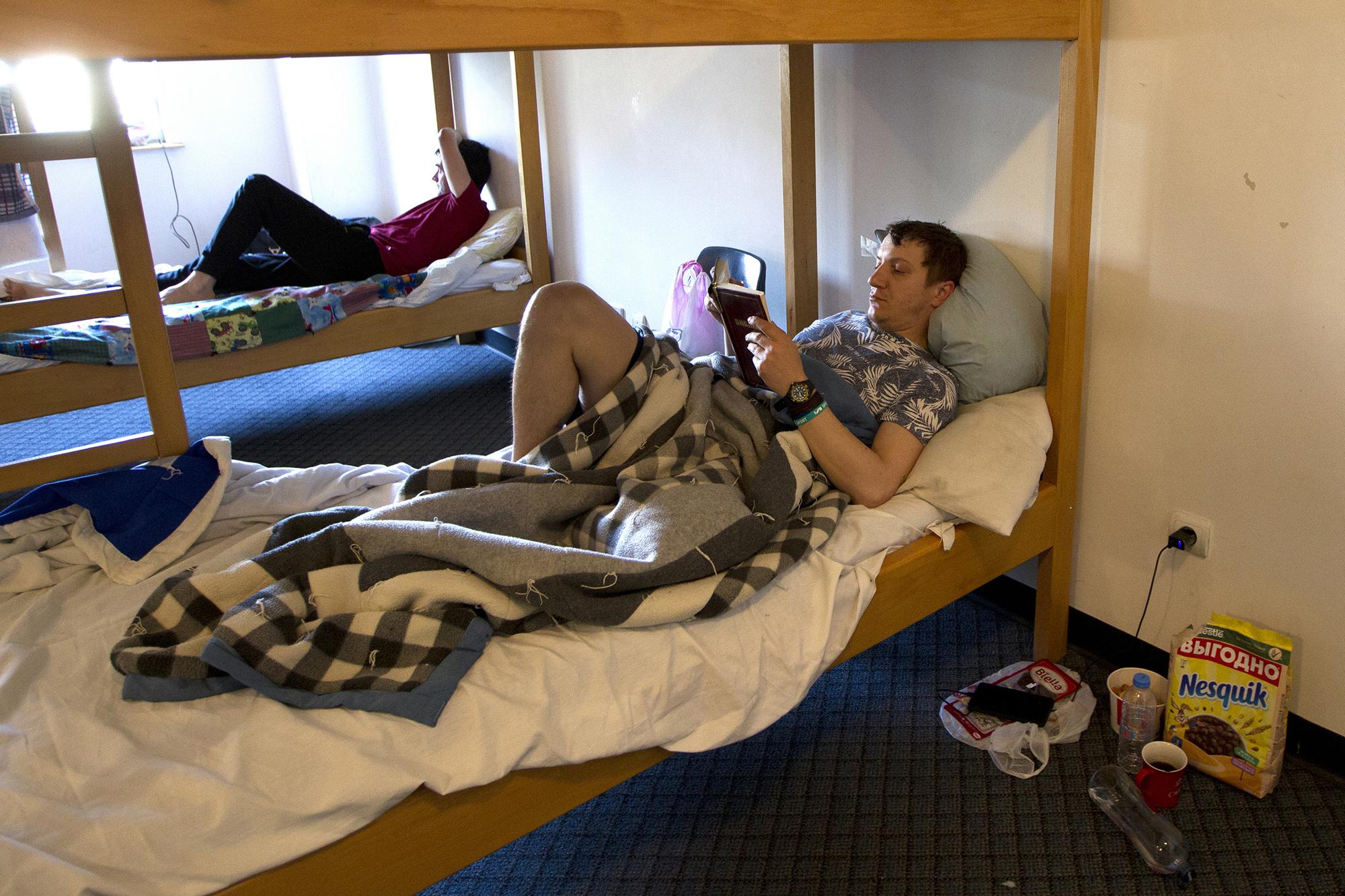 Nearly 2 million Ukrainians refugees have been sent to Russia, according to both Ukrainian and Russian officials. Ukraine portrays these journeys as forced transfers to enemy soil, which is considered a war crime. Russia calls them humanitarian evacuations of war victims who already speak Russian and are grateful for a new home.

An Associated Press investigation based on dozens of interviews has found that while the picture is more nuanced than the Ukrainian government suggests, many refugees are indeed forced to embark on a surreal trip into Russia, subjected along the way to human rights abuses, stripped of documents and left confused and lost about where they are.

The abuses start not with a gun to the head, but with a poisoned choice: Die in Ukraine or live in Russia. Those who leave go through a series of what are known as filtration points, where treatment ranges from interrogation and strip searches to being yanked aside and never seen again. Refugees told the AP of an old woman who died in the cold, her body swollen, and an evacuee beaten so severely that her back was covered in bruises. Those who “pass” the filtrations are invited to live in Russia, and often promised a payment of about 10,000 rubles ($170) that they may or may not get. Sometimes their Ukrainian passports are taken away, and the chance of Russian citizenship is offered instead. And sometimes, they are pressured to sign documents denouncing the Ukrainian government and military.

Those with no money or contacts in Russia — the majority, by most accounts — can only go where they are sent, eastward, even to the sub-Arctic. More than 1,000 are as far away as Khabarovsk and Vladivostok, a 10-day train journey to the edge of the Pacific Ocean, according to people the AP spoke with who saw multiple trains arrive over the weeks of the war.

However, the AP investigation also found signs of clear dissent within Russia to the government narrative that Ukrainians are being rescued from Nazis. Almost all the refugees the AP interviewed spoke gratefully about Russians who quietly helped them escape through a clandestine network, retrieving documents, finding shelter, buying train and bus fare, exchanging Ukrainian hryvnia for Russian rubles and even lugging the makeshift baggage that holds all that remains of their pre-war lives.

The investigation is the most extensive to date on the transfers, based on interviews with 36 Ukrainians mostly from Mariupol who left for Russia, including 11 still there and others in Estonia, Lithuania, Poland, Georgia, Ireland, Germany and Norway. The AP also drew on interviews with Russian underground volunteers, video footage, Russian legal documents and Russian state media.

The story of Zadoyanov, 32, is typical. Exhausted and hungry in the basement in Mariupol, he finally accepted the idea of evacuation. The Russians told him he could board a bus to either Zaporizhzhia in Ukraine or Rostov-on-Don in Russia. They lied. The buses went only to Russia.

Along the way, Russian authorities searched his phone and interrogated him on why he was baptized and whether he had sexual feelings toward a boy in the camp. A man from Russian state television wanted to bring him to Moscow and pay him to denigrate the Ukrainians, an offer he declined. People with video cameras also asked arriving children to talk about how Ukraine was bombarding its own citizens.

“It was 100 percent a tactical pressure,” Zadoyanov said. “Why children? Because it is much easier to manipulate them.”

Then he, five children and four women were taken to the train station and told their destination would be Nizhny Novgorod, even deeper into Russia, 1,300 kilometers (800 miles) from the Ukrainian border. From the train, Zadoyanov called his sister Natalya in Poland. Her panic rose.

Get off the train, she told him. Now.

The transfer of hundreds of thousands of people from Ukraine is part of a deliberate and systemic strategy, laid out in Russian government documents.

An “emergency mass order” describes the “distribution” of 100,000 Ukrainians to some of the most remote and impoverished regions of Russia. None was to be sent to the capital, Moscow. The AP verified through interviews with refugees, media reports and official statements that Ukrainians have received temporary accommodation in more than two dozen Russian cities and localities, and were even taken to an unused chemical plant in the Bashkortistan region, 150 kilometres (100 miles) from the nearest major town. One refugee, Bohdan Honcharov, told the AP that about 50 Ukrainians he traveled with were sent to Siberia, so far away that they effectively disappeared with little chance of escape.